Mission Statement – to conduct research on health hazards of nuclear power, and educate citizens and officials on results

Please Donate to RPHP By Clicking 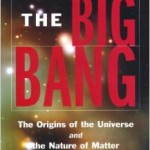 A reveiw by Jay M. Gould of

Purchase a copy of the book

Friends of the Radiation and Public Health Project know that Ernest Sternglass is the physicist whose testimony to Congress in 1963 on radiation-induced childhood cancer facilitated the termination of atmospheric nuclear bomb tests, thereby making him the principal enemy of the powerful Nuclear Establishment, and the principal proponent of the theory that low-level internal radiation that began with the birth of the Nuclear Age damages the immune response.

What they probably do not know is that as a young graduate student back in 1947, he had a chance to spend an afternoon with Albert Einstein discussing what Einstein felt was his failure to develop a Grand Unification Theory that would reconcile all four forces of nature. He admonished Ernest that if he were to embark on any similar ambitious endeavor, he should “take a cobblers job” and spend a lifetime free to make his mistakes in private. Accordingly, Ernest accepted a job at Westinghouse in the 1950s to develop radiation imaging equipment for use in space research and medicine, allowing him to spend his free time for the next 50 years working on a revolutionary cosmology that may answer all the puzzles left unexplained by the Standard Big Bang model–at the same time working on problems of low-level radiation health effects.

I consider myself merely an informed layman not qualified to offer a definitive review of this remarkable book. But in the same way that Einstein’s theories of relativity have become an indispensable component of the informed lay person’s understanding of the universe, I believe that some may want to understand the fundamental principles of Sternglass’s attempt to arrive at the equivalent of a Grand Unification Theory that offers some revolutionary ideas on the origins of the universe and the nature of matter. He was able to do this by integrating into Einstein’s model of the universe all the advances made over the past half century by successive attempts to use giant accelerators to probe the various particles that make up matter, along the way enlisting the aid of such great figures in theoretical physics as Louis de Broglie, Neils Bohr, J. A Wheeler, Seth Neddermeyer, Richard Feynman, Philip Morrison and many others.

One of the greatest puzzles posed by the Standard Big Bang model is that the universe “began” with a tremendous explosion about 12 to 15 billion years ago as a result of a “singularity” which did not obey the basic laws of physics, but which came into play immediately after, with the first production of protons, electrons and photons. Sternglass considers the Big Bang the end result of trillions of years of a process that began with a primeval atom, as first envisioned by the Belgian cosmologist Georges Lemaitre. His essential idea is that all of the energy and mass of the universe was initially concentrated in a primeval atom with a volume less than a trillionth of an inch in diameter, with a incredible degree of density. And yet, what I find most remarkable is that this initial density is not infinite, and can be calculated in accordance with the laws of physics.

For example, the mass of the universe has been calculated as 1. 7 x 10 56 grams, a very large number indeed. The initial volume occupied by this mass in the primeval atom turns out to be 3. 4 x 10 -38 cubic centimeters, a very small number indeed. These numbers are not “singularities,” but the energy contained in this tiny primeval atom is almost unlimited, because it derives from the relativistic (meaning at the speed of light) rotation of a positron around an electron, which are the ultimate building blocks of matter. In accordance with Einstein’s famous formula E=mc 2 where c is the speed of light, both the mass and energy contained in the primeval atom can be as great as that contained in the entire universe. As Sternglass asserts:

No other form of matter could achieve such an enormous mass in such a small volume. Yet it was the finiteness of this volume that avoided the problem of the infinitely dense singularity which Einstein’s General Theory of Relativity by itself led to, as had been shown by.Hawking and Penrose in the early 1970s (page 203).

The density of the primeval atom was great enough to cause it to divide in two, in a electro-magnetic process characterized “as the tearing of space to create charges” due to the distortion of space associated with so great a mass. That process can be visualized as a rotating vortex ring that divides into two new vortex rings, each with half of the initial mass. The enormous mass of the rotating rings attracts them to each other gravitationally, so that they do not fly apart.

When this process is repeated 1026 times, and because there is a minimum distance separating each rotating electron-positron pair, the energy built up forces about 80 percent of the electron-positron pairs rotating at the speed of light at the outer shell to be ejected for the process of division in two to be repeated, leaving the remaining 20 percent to continue the process of division into two. Over the long interval of trillions of years, when this process is repeated 270 times, the primeval atom has attained the size of a solar system, with sufficient energy to reach a temperature of 10 million degrees, resulting in the Big Bang, with the initial ejection of electrons, photons, protons and neutrons and electron-positron seed pairs. Protons can be shown to be a bound versions of 8 electron-positron pairs, centered about a free positron which serves to make the proton indestructible, incapable of being shattered into its components by any conceivably large enough accelerator.

I have of course omitted the way in which over the 50 years since his initial discussions with Einstein, Sternglass laboriously developed this model, but its validity will be ultimately demonstrated by the many predictions which his model permits him to make, some of which are now being tested by the great technical advances that have been made in imaging equipment that can now peer into the early stages of the Big Bang many billions of years ago.

And it is at this point that the Sternglass model radically departs from the standard Big Bang model, which postulates that galaxies gradually formed as the result of the gravitational collapse of the stellar dust and gas produced from the Big Bang. One of the puzzling problems of this model is that the universe does not appear to have had enough time to produce galaxies by the force of gravity alone. The Sternglass model of the Big Bang calls for the violent ejection of electron-positron seed pairs of enormous density, which as they continue the process of division by two produce galaxies as “mini-bangs” which we observe today as quasars, which are enormous explosions of radiation occurring in the early years of the universe. The seed pairs after reaching their peak temperature explode as mini-bangs, which after creating new galaxies, finally become Black Holes at the center of each galaxy with densities so great that no light can ever escape. But even here, Sternglass asserts that the density is not infinite, because protons and neutrons cannot be crushed out of existence, so that there is no singularity at the heart of a Black Hole, as many physicists still believe.

I find it a rather remarkable fact, which Sternglass does not dwell on, that the ability of the new giant telescopes to peer into the early years of the creation of the universe rests in part on the SEC Vidicon, which enormously amplifies the number of photons from distant places, and which Sternglass helped design. So the ultimate tests of the validity of his model of the universe may rest on the work he did at Westinghouse when advised by Einstein to take a “cobblers job.”

The standard Big Bang model poses a nasty problem that if the galaxies were produced by gravitation alone, then all galaxies would eventually collapse into what has been called the Big Crunch. This so worried Einstein that he introduced into his General Theory of Relativity, without any logical foundation, a cosmological constant that would offset the force of gravitation to avoid such a collapse. Sternglass shows that the real offsetting factor is the centrifugal force of the rotation of all cosmological structures predicted by the electron-positron pair model of the structure of matter, and which permits the universe to continue its expansion without limit for trillions of years. This rotational energy could also explain much of the dark matter that the Standard model can not find. His model permits him to correctly predict the mass of all structures, from that of all visible structures (7. 95 x 10 24 solar masses), with a rotation period of 1. 56 x 10 13 years, down to small planetary systems like that of earth, with a rotation period of only 5 days.

A striking aspect of the Sternglass model is that all his calculations, including his calculation of the Hubble Constant, which determines the rate of expansion of the universe, rests on only four constants: the speed of light, the mass and charge of the electron, and the Planck constant h, the fundamental constant of quantum mechanics, where h/2pi yields the spin or angular momentum of a photon or electron in a circular orbit about a proton or positron. The latter is the positively charged antiparticle of the negatively charged electron.

If there had been any slight variation of even a fraction of one percent in any of these four numbers there would be no matter capable of yielding carbon, oxygen and hydrogen necessary for the creation of life. In short there would not be a universe as we know it and no sentient beings to admire the simplicity, beauty and harmony of its elegant design.

As an agnostic and as a professional statistician I am forced to accept the fact that this incredible design could not possibly be the product of chaos and chance. Therefore I must conclude that there is some higher power that has made life on earth meaningful. This is the basic idea at the heart of all religions and ancient folk wisdom and perhaps explains why Sternglass and Einstein were not content to devote their lives to the pursuit of scientific knowledge, but also labored so hard to oppose those policies based on greed and economic and political power that would ultimately destroy life on earth.

This site and all documents herein not otherwise copyrighted are ©1997-2020 by RPHP. All rights reserved.